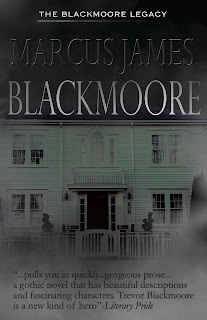 Tagline: The Devil shall come for his witches...

Welcome to South Hill, a neighborhood of wealth, secrets, gracious Victorians, and austere manor homes overlooking the port of Fairhaven and the dark waters of Bellingham Bay. Seventeen year old Trevor Blackmoore has lived here is entire life, shunned and feared, along with the rest of his clan, by the elitist and superstitious families that surround them and who regard the Blackmoores as the devil's concubines.

As a young clairvoyant dealing not only with the dark secrets of his family but also with his homosexuality-two things which have made him an outsider-he struggles to find normalcy. Trevor's life is made extremely difficult by his tormentors and former childhood friends Cheri Hannifin, Greg Sheer, and Christian Vasquez; the school gods of the prestigious Mariner High School. His only saving grace is Braxton Volaverunt, a captivating young man with secrets of his own.

A diabolical plan sets in motion a chain of events that will fulfill the doomed prophecy of the Blackmoore family. A centuries old curse comes to an end, releasing an ancient and bloodthirsty evil, set on wiping out the family, and Trevor learns that he is at the center of it. Realizing that he is all that stands between this darkness and his family's survival.

The Best Halloween Songs You Need To Be Listening To This Holiday Season
Halloween, in my opinion, is one of the most magical times of the year. From the autumnal leaves in all of their wonderful colors just before they completely brown and dry, to the perfume of rotting apples, sickly sweet, and to the darkening sky so early in the day.

There are pumpkins carved with ghoulish grins on porches and in windows, and there is the feeling that at any turn, you may walk right into a ghost.

Parties are planned, decorations are bought and spider webs strung like the anti-garland of Christmas (which has it’s own horror roots), and the food is made.

There’s only one more thing needed, that one thing to set the mood, and it can often be the hardest to put together; the playlist. There are plenty of Halloween records out there, a Halloween station on Pandora, and they all contain familiars like ‘Monster Mash' and ‘Thriller', but there are so many other gems out there. So many unknown and not used. Treasures that have existed for as long as the record.

Below is a list of these relative unknowns and the one’s not thought about but are known by everyone. There are a couple of recognizable sonic faces on this list, but for the most part, these songs will be new friends and give you a unique touch to your Halloween romp.

I didn’t include all of my favorites, that would be too long, but I included those that I go back to again and again.

1.       Robert Johnson-Cross Road Blues: This 1936 Delta Blues track is haunting. In it, Robert sings of going to the crossroads and selling his soul to the devil for the gift of guitar playing. It is more likely, that as with all early blues, there was a great Hoodoo influence and who he refers to as the devil, is actually Papa Legba; the deity ruler of the gates to the other realms.

2.       Claudine Clark-Walkin' Through a Cemetery: This 1962 track is great with its early funk sound and her throaty voice.

4.       Jack Teagarden-Putting Salt on the Devil's Tail: This 1941 big band has lingering elements of hoodoo found in early blues tracks.

7.       Bauhaus-Bela Lugosi's Dead: This iconic 1982 hit from Bauhaus is a must have for Halloween, and the opening sequence of the seminal Vampire film, The Hunger, is downright decadent in its darkness.

8.       Judy Garland and the Scarecrow, Tinman, and the Cowardly Lion-The Jitter Bug: this song was cut from the 1939 film. In lost archival footage, they sing this song while in the haunted forest. It is a fun swing track that perhaps was cut because of how different from the rest of the songs are. Fits right in there with Jeepers Creepers.

9.       Screaming Lord Sutch-Jack The Ripper-this 1963 rock song is a blast. Opening with a woman running and then screaming in terror.

10.     Marilyn Manson-Sweet Dreams: this 1995 cover is dripping with nightmare. I find it to be a constant source of inspiration when I am writing a terribly dark scene.

11.     Michael Jackson-Thriller: one of the most iconic Halloween songs of all time. This 1982, Release will get you moving in all the right ways. A love letter to horror films, my favorite lyric-the one I think is the most powerful and yet so often over looked is “I’ll save you from the terror on the Screen-I’ll make you see that this is Thriller-Thriller night.” It harkens to “keep telling yourself, it is only a movie.” Like most children, the John Landis directed music video film scared me to death.

12.     Datura-Tori Amos: this almost psychedelic 1999 track celebrates the herb that was essential to a witch's ointment. This dangerous and psychotropic herb got into the pours and is believed may have been the reason witches felt as if they were flying.

13.     Robert Johnson-Hellhound On My Trail- Johnson is back with another 1937 Delta Blues track with heavy Hoodoo influence.

14.     Donovan-Season of the Witch: this 1966 track was a celebration of all of the mystical psychedelic occult revival of the hippie movement. It got a resurgence when it was featured in an episode of American Horror Story: Coven. Give this song a listen and let loose your inner Fiona Goode.

15.     Henry Hall-Here Comes the Bogeyman: this 1932 classic taught young kids how to ward themselves from the bogeyman. It plays like a creepy lullaby and has seen a new life in video games and horror films such as Jeepers Creepers and Sinister 2.  It’s haunting melody reaches out through time and has the ability to give anyone the wiggins.

16.     The Four Modernaires-Jeepers Creepers: One of my childhood favorites. Like Here Comes the Bogeyman, this 1938 hit has found infamy in no small part to the film of the same name.

17.     Ted Cassidy-The Lurch: this song (and the video, which I encourage you readers to watch) premiered October 30th, 1965 on the ABC music program Shindig! It is a great, poptastic number with an accompanying dance, and Ted Cassidy-the actor who portrayed Lurch in the Addams Family television show-appeared in costume on set and is featured in the song saying his signature “You rang?” and groaning and moaning in all his creepy and kooky glory.

There you have it! Grab these songs, add them to your party playlist, and have a scream! 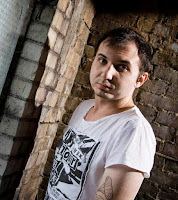 “Some writers have great ideas, but fail with the delivery. That is not the case for our author. He has clearly developed his craft and whittled it to perfection”-Wesley Thomas, bestselling author of Nightmare Fuel

Marcus James is the author of five novels, including The Blackmoore Legacy series. He has contributed to a dozen anthologies from Alyson Books, has been a featured writer for the Seattle Gay News, is the host of Brews and Books at Ravenna Brewing Co. and is host of Queerly Spoken. When not writing he’s cooking, drinking champagne like water, and watching horror films with his husband and their Staffordshire terrier, Nikita. He is 32 years old and lives in Seattle.