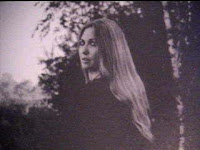 I am a laid back 70's chick and author who is a feature writer and columnist for my local newspaper.

My first book, a vampire novel, PUNCTURE came out in 2004 and a short horror story, MOTHER'S MONSTER, was published in an anthology in 2005.

I am also the author of three published eBooks, DRAGGED INTO DARKNESS, BENEATH THE BATTLEFIELD and KING OF SHADOWS.

PUNCTURE was recently "re~vamped" and released as an eBook. It will be out again in paperback in 2012.

Last year I began working on a full length memoir that is now complete and shopping for an agent.

I have raised Rottweilers for over 13 years and I am a belly dancer! :)


Find the author at:

Lisa V. Proulx is the author of Puncture, Mother’s Monster, Dragged Into Darkness, Beneath the Battlefield, King of Shadows and The Rainbow Won't Wait.

Holly: Hello, Lisa! :) Would you tell us a little about yourself?

Lisa V. Proulx: Hi Holly! I am a laid-back 70's chick who loves to write! I have raised Rottweilers for 14 years and I am a belly dancer.

Holly: Do you remember when you first become interested in writing?

Lisa V. Proulx: I wrote my first horror story when I was in elementary school. It was about a family of witches and how the youngest daughter Lily, tried to keep it a secret at school. It was called "Lily Was a Witch."

Then in 9th grade, I wrote a poem called "Screams of No Reply" and my parents loved it and encouraged me to show it to my English teacher. She loved it too and had it printed in the newspaper. That was the first time that I felt like a "writer."

Holly: Your first novel Puncture came out in 2004 followed by a short story, Mother’s Monster in an anthology in 2005. Can you tell us a little bit about Puncture?

Lisa V. Proulx: I actually "re-vamped" Puncture and it came out again in October 2011. Puncture is a hauntingly beautiful tale about vampire love and betrayal between a mortal and an undead.

Craving a taste for the dark side, Veronica gets more than she bargained for when she is seduced by Victor, an evil and dangerous vampire. His obsession with her runs her off the road to Heaven and soon she too will turn her back on righteousness.

Longing to be mortal again and trapped in the darkness of an immortal life, she struggles with knowing right from wrong, Heaven from Hell, and love from hate.

But when she discovers the truth about her dark prince, will it be too late? Will her new vampire friend help her destroy the only man she has ever loved? And why is he so willing to help her destroy him?

You will fall in love with the innocent Veronica and her search for love, feel her joy at rekindling an old flame and die with her as the love of her life becomes her murderer.

Victor is a charming but wicked vampire who could compel a corpse on the gallows to speak. We follow him as he preys on Veronica, senses her weakness and watch as he pounces on her and destroys her with just…one…puncture.

Holly: What was your inspiration for this novel?

Lisa V. Proulx: I have to laugh because it was written after some true events! I was with a man for 11 years, he made me angry one night, and I decided to write the story instead of killing him! :) The characters are based on real people, the places are real, even though we were not vampires and didn’t kill people, the story is true.

I decided to turn it into a story about domestic abuse. Every woman knows a man who can drain her dry emotionally and spiritually. So, I threw the vampire curve on the story and found that woman can relate.

A lot of women don't like to read horror stories but some are living in their own every night with an abusive and controlling man.

Holly: Can you tell us a little about your first publishing experience?

Lisa V. Proulx: During the day, I am a writer/columnist for my hometown newspaper. My editor sent me out on an assignment to interview a local man who had just had his first book published. He gave me the name of the publisher and I submitted my book Puncture. It was accepted and I was over the moon with joy.

However…this publisher was horrible and did not live up to their promises. They didn’t care about their authors or their work. In fact, I proofed the book three times to make sure it was correct. When it came out in paperback, they had left all the errors in! I was livid! I contacted them and they refused to change it.

I was under contract with them for seven (7) years! When my contract was up in January 2011, I jumped on the chance to rewrite Puncture and give it a new cover. I am thrilled with the new results!

Holly: How did you get published in the anthology, Doses of Death that Mother’s Monster is in?

Lisa V. Proulx: Mother’s Monster, again based on real people, was written late one night as I was sitting in the car at a dark warehouse. Why was I at a dark warehouse in the middle of the night? Well, my ex and I used to deliver The Washington Post newspapers. We were waiting on the shipment so we could pack up and I just started writing this story.

I also helped to choose the stories for the book, which was pretty neat. In return, as a thank you, they published my story.

Holly: You also have four other eBook’s, Dragged Into Darkness, Beneath the Battlefield, King of Shadows and The Rainbow Won‘t Wait. Do you have any plans for more works in 2012?

Lisa V. Proulx: Yes, I am working on another novel now that is sort of out of the box for me. It is an erotic/romance called “Lick and a Promise” about a rock star groupie.

Here is a tidbit: “At 16, Poppy Bishop was a teenage runaway. At 17, she was in bed with the lead guitarist of one the biggest bands in rock history. She went on to become Poppy Bleu, a “famous” groupie who bedded rock stars, their wives (and girlfriends) and became a junkie by the time she was 21. But she never forgot her first rock star and to her delight, he never forgot her.

For over 20 years, Poppy Bleu was known in the rock and roll world as the best backstage lay and liked, loved and hated by some of the world’s biggest rock stars. Her story is one of drugs, sex and rock and roll and how she went from groupie to junkie to author and becoming the love of a lead guitarist’s life who saved her from a life of ruin.”

Holly: Where can we purchase your works?

Barnes&Noblehttp://www.barnesandnoble.com/s?store=NOOKSTORE&keyword=lisa+v.+proulx
Smashwords Author Profilehttp://www.smashwords.com/profile/view/lisavproulx
Holly: Can you tell us a few do’s and don’ts for aspiring authors?

Lisa V. Proulx: I used to make the mistake of promoting too much and not concentrating enough on my writing. Promotion is great but don’t forget to write!

Also, never give up! I know that may sound hokey but I mean it. You may get knocked down and get frustrated, believe me I do all the time, but keep writing and keep reaching for your dreams.

I also know some people who belong to critique groups. They are fine but don’t take everything they say literally. My brother is the best writer I have ever known but he lacks the confidence to ever do anything about it. He joined one of these groups and was shot down, told he couldn’t write and he should never write again. He was devastated and actually burned his stories! Turns out, the comments came from a kid who was fooling around on his mother’s site! Believe in yourself and in your work and someone else will too.

There is a quote that I like by Henry Wadsworth Longfellow, “Perseverance is a great element of success. If you only knock long enough and loud enough at the gate, you are sure to wake up somebody.”

Holly: Do you have anything you would like to say to your readers?

Lisa V. Proulx: I really appreciate all of their love and support. It amazes me how many people take the time to comment, review or email me.

With my book, The Rainbow Won’t Wait, about caring for my dying mother, I got a ton of positive remarks. Everyone could relate to losing someone they loved and I am grateful that my words were of some comfort to someone.

Holly: Do you prefer talking on your cell phone or a house phone?

Lisa V. Proulx: Honestly, I loathe talking on the telephone and if I could get away with it I would prefer to email everyone.

Holly: When do you prefer to read?

Lisa V. Proulx: Well, I don’t know if it is a French thing or not, but my family cannot relax to save their souls. I am the same way. However, the only place that I seem to feel somewhat relaxed is in my lounge chair in the back yard soaking up some rays. That…is when I like to read.

Holly: Around what time do you get your best writing ideas?

Lisa V. Proulx: If I am writing something inspirational, the best ideas come to me in the morning.

If it is scary or sexy, it is definitely the evening. My whole family is night owls and I seem to come alive at night. Wait, maybe I am a vampire!