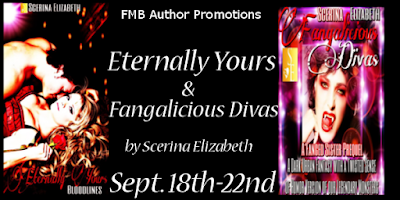 We all looked at each other, waiting for either Chloe or William to explain it all.  It was Chloe who started.

“We had been working for your grandmother for over ten years.  I was her housekeeper while William was the groundskeeper.  We were the ones who managed the estate when your grandmother fell ill and was unable to handle things on her own.  She was a beautiful woman who was the sweetest thing and very generous.  She allowed us to live on the estate just above the horse stables.  When she was in the last stages of her illness, she told us all about you and your whereabouts.  She also told us about your dark family secret which she instructed us to tell you about once you arrived.”

She continued, “Your dark family secret is
something you would not believe so for you to truly believe and understand, we must show you.” As she said that, she got up and waited for us by the door that led down to the cellar.

We all followed her down to the cellar where she stood in front of a steel sliding door that was padlocked and chained where she asked me for the keys.  Expertly she rifled through the keys to the right one, unlocked the padlock and pulled the chain from the doors.  She tossed the chains to the side and stuck the padlock in her pocket.  Both she and William pulled the heavy sliding door open.  There in front of us was another set of stairs made of stone that looked much older than the house itself.  She lit a torch on the wall.  Once there was light and we could see better into the stairwell, it looked like something that you would find back in medieval times, like an old dungeon or something.  The smell was stale and musty.  You could tell no one had been down here in years.  She led us down to the lower level of the cellar where at the bottom of the stairs was another heavy, steel, sliding door – chained and padlocked like the one upstairs.  She opened the door as she had done before, she knew exactly what she was doing which washed away any doubt I may have had of her. She seemed to know her way around this house and knew much about my family.

The inner room lit up as soon as the doors opened.  It looked like a mausoleum, very sterile and white with hints of gold and silver here and there.  In the heart of the room, were three white marble slabs and on top of each slab was a coffin.  The one in the middle was an enormous gold coffin with a massive silver crucifix was inlaid with rubies and diamonds in the center of it.  Along the sides were more precious gems and it had detailed artwork covering it. It was gorgeous.  The two smaller coffins were bronze with smaller gold crucifixes covered in emeralds and diamonds on them.  Just like the center coffin, the two smaller ones had gorgeous detailed artwork.

At the very front of the room in the center, were two silver columns that looked like a doorway.  I figured it was mere decorations since two silver columns were not only covered in detailed artwork but more precious gems and diamonds. Not paying much attention and figuring it was just a decoration, I continued to take in the room.  It was a family mausoleum clearly and I could understand in a sense why the dark family secret would be kept down here but what I still didn’t understand was – what was it?  I was just about to find out because William began to speak.

“What lies in these coffins is your family’s dark secret.  From generation to generation your family has watched over and protected the contents of these three coffins.  In the center lies your great-great-grandfather Jacob LaBau and in the two smaller coffins lies your great-grandaunts Latrelle & Charlamaine LaBau.  Now what am about to tell you, you will have trouble believing and you might want to have a seat for this next part.” He gestured towards a marble bench on the side of the room and we did as he said. 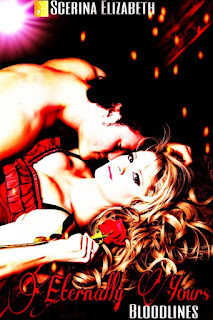 Picks up where Savagely Yours: The Beginning left off only fifty years later.  Chantelle LaBau grew up in Foster Care unaware of her biological family existence.  One day after just moving to New York from down south where she is about to start a whole new life, she receives news that she not only inherited her biological family estate but also it’s dark family secret which is now her responsibility.  Putting her new life on hold, she goes to her family home down south to learn more.  What she learns is something she would never have expected or dream of.

Meant for Mature Audience (18+) ONLY due to heavy adult and sexual situations. 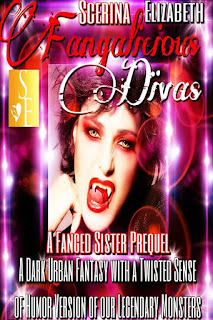 It is a Dark Urban Fantasy with a wicked sense of humor based on our legendary monsters (Dracula, Wolfman, and Frankenstein). Stories told from the women of their lives points of views. 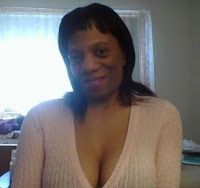 Scerina Elizabeth is a North American of Jamaican descent who lives in the region of the . She is a new, up and coming author who enjoys writing Paranormal Romance and Paranormal Erotica stories as well as Poetry. She also enjoys reading Paranormal Romance & Paranormal Erotica stories. Her favorite books include but are by no means limited to: Anne Rice’s “Vampire Chronicles” series, Bella Forrest’s “Shade Of Vampire” series, E.M. Knight’s “Vampire Gift” series, Terry Bolryder’s “Rent-A-Dragon” series, and Stacy Claflin’s “Transformed” series. Her favorite authors are: Anne Rice, Stephen King, Bella Forrest, E.M. Knight, Terry Bolryder, and Stacy Clafflin.

She also enjoys meeting new people, especially her fans, as well as making new friends and photography. She is a very down-to-earth woman who is fiercely protective of those near and dear to her heart.

One eBook copy of Eternally Yours: Bloodlines 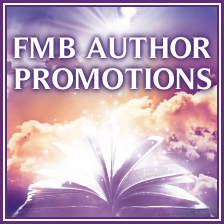