URBAN WOLF Anthology: A brief interview with the authors Wolf in the City by Linda Thomas-Sundstrom

Linda,how do your characters meet in Wolf in the City?

They meet on a dark back street in Los Angeles where even cops and gangs fear to tread, and are surprised as heck by seeing another "being" there.

The wolf in this city (Jared ) is a sexy werewolf. The female he meets (Kit) is a feisty young vampire. As a most unlikely pairing, they might have to join forces and exchange some body fluids in order to see if bridging the "species" gap is in any way a viable option. Really though . . . who can better understand the problems an "Other" faces than someone who is also "Other"?

Is this a love at first sight love story or more of a slow burn?

Weres and vamps have long been enemies . . . so the relationship that unfolds burns slowly, but fiercely.

Which do you prefer writing—antiheroes or straight up heroes?

My characters, whether wolf or immortal, all have an innate sense of justice and are on a mission to help to right some of the supernatural world's wrongs. So though the main character Weres, vampires, and immortals in my books might be anti-heroes according to human society they try to blend in with, they are ultimately dangerous good guys.

Jillian, how did your characters meet in Wolf, Interrupted?

There’s been a lethal mauling in one of London’s Underground tube stations. Following up on a routine police report, Detective Inspector Abelseth Durant questions a startlingly attractive young woman who seems to know more than she lets on.

We’re curious why you titled your novella Wolf, Interrupted. Explain!

Both the hero and heroine in this novella have put their wolf on hold. After his brother betrayed him, Abelseth Durant became a lone wolf and walked away from his pack. Now he has returned to London and is working a case that almost certainly involves the wolfen underworld. Fearful of her she-wolf, Elle Hathaway has tamed the wilder side of herself by taking a lycanthrope suppressant. Now her supplier is dead and a handsome, but rather bothersome detective is sniffing around asking questions.

Is this a love at first sight love story or more of a slow burn?

Both! Never in her life has Elle felt such a fierce attraction to any man. She blames it on the fact that the suppressant is wearing off. Abelseth Durant finds it hard to get the lovely, mysterious young woman out of his head, and he’s almost positive she’s pure uninitiated wolfen—let the sparks and the fur fly!

Just how heroic is your hero or heroine? Or are they antiheroes?

Even though Elle is a reluctant wolf she’s less fearful that she realizes and her bravery is soon put to the test. Abelseth Durant has the kind of strength of heart a woman wants in her hero—he’s a wolf prince who never has to remind himself to man up. Plus, he’s deadly sexy! 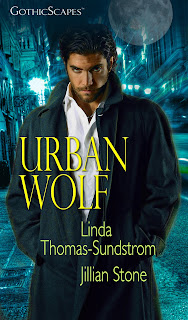 Wolf in the City
by Linda Thomas-Sundstrom

Under a full moon in the big city, sinfully sexy urban wolves face all too human conflicts with courage and heart. Both novellas capture the danger, romantic thrills, and excitement of the red-hot shifter genre, including finding a soulmate and everlasting love. If you’re a fan of werewolf romance, you won’t want to miss this limited edition anthology.

Tagline:  Never try to deny the she-wolf inside.

Elle Hathaway has spent most of her young life in fear of herself. At least the part of her that grows fangs and claws. With the help of a lycanthrope suppressant, she’s made it through puberty, university, even her first job without so much as a shift. Then one night, deep in the tunnels of the Underground, her life changes forever.

Detective Inspector Abelseth Durant is investigating the lethal mauling of an unknown victim in the Covent Garden tube station, and Ms. Elle Hathaway is a person of interest. Sensing her wolf nature, he is mystified by the lovely young woman, and when Elle is abducted by a rival pack, Abelseth realizes he is being pulled back into London’s wolfen underworld.

Shaken out of blissful denial, Elle teams up with the handsome inspector to evade the renegade pack. But as her situation grows dire, Abelseth knows the only way he can truly protect the strong-willed beauty is to convince her to shift and claim her as his mate. There’s just one little problem with his plan—the reluctant Ms. Hathaway.

Detective Inspector Durant was a hottie and he knew it. What remained in his favor, she supposed, was that he didn’t seem to pay much attention to his looks, hence the unkemptness, nor did he appear overly impressed with himself.
He sat quietly in front of her, consulting his smartphone.
“Looks like New Scotland Yard has gone paperless. Rather high tech of them, wouldn’t you say?”
“I thought we might start with your police report. You can confirm, make corrections, elaborate—whatever comes to mind.” He glanced up at her. “If you need clarification, feel free to ask me anything.”


Elle immediately thought of two good questions: Have a girlfriend? Looking for one?

Tagline: Fur meets fang on the streets of L.A.

Wolf in the City by Linda Thomas-Sundstrom

Deep in the heart of L.A., in an area that cops and gangs fear, lone wolf Jared James stands guard, hoping to keep others from suffering a similar fate to the one he has endured. He is on a mission to find the monster that made him what he is. Meeting Kit, a feisty vampire with a mission of her own, will either help or hinder his chances to accomplish that goal . . .  but could possibly bridge the divide between two species, and make the long nights much more interesting. 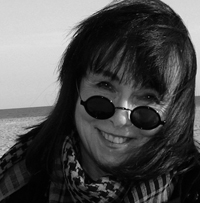 Jillian Stone is a national award-winning, multi-published author who has written four  Gentlemen of Scotland Yard novels published by Pocket Books, Simon & Schuster, as well as the Phaeton Black, Paranormal Detective series published by Brava, Kensington. Currently, she is writing Contemporary Romance, including Wolf, Interrupted, a novella in the anthology release Urban Wolf. 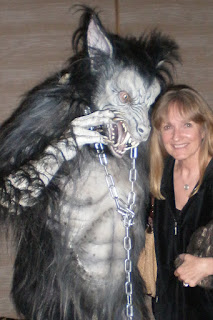 Linda Thomas-Sundstrom is the author of paranormal romance and urban fantasy novels and novellas, both dark and light, for HarperCollins/Harlequin Nocturne and GothicScapes, with more than 30 stories that trespass into the supernatural realm.

Linda is the author of contemporary, paranormal romance, and urban fantasy books for Kensington, Amazon Montlake, GothicScapes, Harlequin Nocturne, and Harlequin Desire. She currently has 30 stories that trespass into the supernatural realm, with ton of ideas for more. 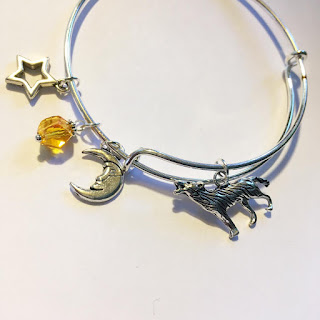 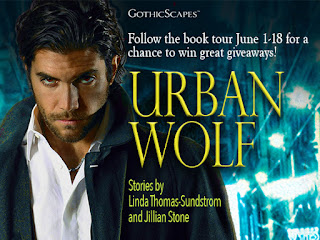