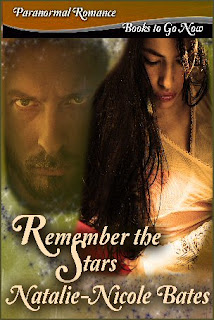 Blurb
Waking up in the gutter, for Leah Rhodes, life as she knows it has just changed forever.  In the dark surroundings of her distant past, a familiar man stands out in the confusion.  But Remy Moreland has been dead for years.  It soon becomes apparent to Leah that both she and Remy are trapped in a hell of their own making.  Can one night together not only lead to the way out, but to love as well?

Warning: This title is intended for readers over the age of 18 as it contains adult sexual situations and/or adult language, and may be considered offensive to some readers. 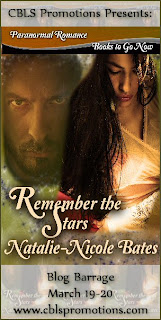 “Remy,” she said his name. Where did she know that name from? It wasn’t common. Think, Leah, think. Then it hit her—hard.

She remembered exactly who Remy Moreland was.

He was in the newspaper years earlier. Her mother had shown her a copy. Remy Moreland was involved in a fatal street race. His Porsche had been split in two, killing him and a young woman in another car.

But if he was dead, what was he doing here, alive, and with her?

Sweat broke out on the back of her neck and her vision clouded. This was someone’s idea of an evil, evil joke. She had to get out. She had to find her way home.

Standing, she grabbed the edge of the deck for support. “I have to get out of here,” she mumbled and stumbled her way around the desk.

He grabbed her around the waist. “You can’t go back out there. It’s dangerous.”

She sunk her open palms against his chest and struggled to get out of his grip. “Get off of me, you malevolent freak! You’re dead! You’ve been dead for years!” she blurted.

Immediately, he let go and jumped back from her as if he had been stung.

“What are you talking about? He demanded.

She backed away, ready to make a run for the front door. But the confused mix of anger and disbelief in his contorted expression stopped her.

How could he not know he was dead?

“It was years ago, Remy. You had an accident. It was in the newspaper.”

He tilted his head, his blue eyes huge.  “Do I look dead to you?”

Well, he was pale, his blue eyes ethereal. She hesitated, and then spoke. “Now that you mention it…”

“You bitch!” he snapped.

The force of his voice caused her to flinch and she raised her fingers to her throbbing temples. All she wanted at that moment was to get out of this man’s sight and find her way home.

“I’m not dead,” he stated ominously.

“Okay, you’re not dead,” she conceded as she rubbed circles on her temples.

He took a step closer. “As a matter of fact, right now I am languishing across town in a nursing home. I eat through a tube in my belly and piss into a catheter bag. I remain nothing but an emaciated, contorted version of the man I once was.”

When she opened her eyes, he was in front of her, a macabre grin creasing his handsome features. He lifted a brow. “So, what did you do?”

“Do? What are you talking about?”

“To get here. You know my situation, so what’s yours?”

He wasn’t making any sense. She turned away from him, left the office and began to walk the long hallway to the front door, but he followed her closely.

“Let me guess,” he provoked.  “You look like a murder-suicide kind of girl. You’re not wearing a wedding ring, so I’m assuming you shot your boyfriend in the head and then offed yourself in some spectacular way—like jumping off a balcony and splattering on the ground. How could you have known you would wind up here?” he chuckled unpleasantly.

She stopped cold. How could he say such a horrible thing? She turned back to him only to find him mere inches from her. “You’re horrible. You don’t even know me, but you’ve resorted to participating in some sort of evil joke on me. I just want to go home…or wake up.”

“Your life as you know it is over, Leah.”

“You’re not dead…not quite. This is limbo…purgatory…the first circle of Hell. The most wretched place on earth where you are sent to atone for your sins.”

Natalie-Nicole Bates is a book reviewer and author.  Her passions in life include books and hockey along with Victorian and Edwardian era photography and antique poison bottles. Natalie contributes her uncharacteristic love of hockey to being born in .  She currently resides in the where she is working on her next book and adding to her collection of 19th century post-mortem photos.

Enter below to win a a $15 Amazon Gift Card!

a Rafflecopter giveaway
at March 19, 2013
Email ThisBlogThis!Share to TwitterShare to FacebookShare to Pinterest