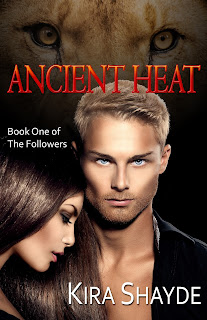 Tagline: When evil follows, the brave can no longer run and hide.

Her mind is in another woman’s body…and the other woman is a werelion.

Nicole Abramson gains more than razor-sharp claws and a taste for raw meat. With a latent telekinetic talent, she’s a weapon to be used in a millennia-long war, but will she serve or resist? Fighting for her life, Nicole rails against the thief who stole her ordinary and safe life, even as she seeks comfort from the woman’s intended mate, the gorgeous Sander Evans.

Although drawn to her outspokenness, Sander keeps Nicole at bay while he defends his clan. Werelions and humans don’t mix, yet he can’t deny the passion igniting between them, particularly with her body in heat. But as the danger around them amplifies, they’ll need more than courage and strength to fight for their newfound attraction—and their lives.

Stretching, Nicole slid her hand across smooth, slippery satin sheets. Odd. She never slept on her stomach. Her eyes flew open. She didn’t own satin sheets.
The approaching footsteps gave her little warning.
“Marsi, you can’t sleep all day,” a man chided in a deep voice she didn’t recognize.
Acute stress tends to trigger fight or flight. Neither response was possible unless hyperventilating was considered a form of fighting and bumping into the headboard was a form of fleeing. Clutching the sheet to her chest, she rolled over, and her gaze zeroed in on a man in his late twenties or early thirties. Two words came to mind: blond and built.
He tilted his head. His sandy-blond hair, burnished with highlights, draped across his face as if he’d just prepped for a fashion shoot. Tight T-shirt and fitted jeans outlined incredible male perfection. On any normal day, he’d make her thighs clench.
But who was he?
Her focus darted around the room—tall chest of drawers, Victorian-style chair, heavy drapes—before returning to the man, who regarded her with a quizzical arch of his eyebrows.
“New game of yours?” he asked with a playful smile.
Yes, if by game, he meant waking up in a stranger’s bedroom with no memory of how she’d gotten there. She zipped through possible explanations. Went home with the guy after too many drinks at a bar? Nope, she’d stayed home and binge-watched Netflix. Rescued by a good Samaritan after an accident? Eh, that only happened in the movies. Captured by a Greek god to be his sex slave? Sadly, probably not.
Fantasy man’s smile faded to a confused frown as he sat on the bed.


Heart racing, she closed her eyes, counted to three, and tentatively reopened them. Still there. And this close, she couldn’t ignore his vibrant blue eyes, lush lashes, or the slight crook in his nose that gave his otherwise perfect face a touch of rugged masculinity. Not to mention the killer cheekbones. 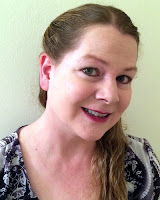 As a paranormal romance writer, Kira Shayde explores somewhat atypical pairings and settings and can’t help adding a twinge of societal awareness to her works, but the focus is always on the developing romance, passion, and happy endings.

Kira enjoys studying love, sex, and relationships, and has a thing for shapeshifters, demons, mythological gods, and the fae. On a personal level, she is devoted to animal and ecological conservation…and devil's food cake. 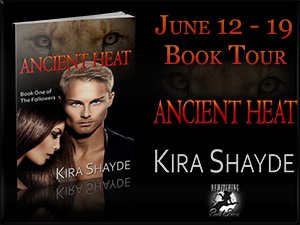