A lot of times, people will ask me, “Have you always wanted to be a writer?” I always immediately answer, “Yes!” When I stop to think about it, however, I’m not sure that this is true in the most strictest sense of the word.
I started writing as a teenager. At first, I only wrote poetry, but after reading the Seven Citadel series by Geraldine Harris, I was inspired to begin writing my first novel (never finished). My mom wrote when she was a teenager too—short stories—and she was good, although she never pursued it as a career. I think there’s a part of me that really liked that, that felt like maybe writing was encoded in my .
However, everyone always said that I could never support myself as a writer, and I knew they weren’t exactly wrong. It was particularly hard to succeed as a writer back in the 90s, when I reached adulthood, because there was no online self publishing or social media then. Always the intellectual sort, I went to college, and after a while, I began to think that being a professor would be pretty cool. All throughout my young adulthood, as I held office jobs that left me dissatisfied, I worked toward getting into grad school.
Eventually, I made it. I was halfway through my Master’s degree, however, when I realized that I had no interest in teaching, and thus, “professor” probably wasn’t the right career for me. I also didn’t care for the amount of “politics” I soon discovered were involved in a university setting. While I completed my degree, I realized that I wasn’t going to go any further with my education after that. What followed was several years of being deeply unhappy while working generic office jobs. I simply didn’t know what to do with myself, not until I remembered my first love: creative writing.
In all those years of school and work, I never did much writing. The excuse I gave myself was that my job or my schoolwork sapped my creative juices. Now I know that if you want to write, you just have to sit down and do it, no matter what. So that’s what I did. I stopped making excuses and started writing. I sat down and typed, and I kept going, even when I hated what was appearing on the screen. Little by little, I became the writer I’d dreamed of being.
And you know what? I don’t make enough to support myself. I’m lucky to have a partner who can support us both. But, I’m getting there. I’m starting to make money. More importantly, I’m the happiest I’ve ever been. I’ll never regret chasing this dream, and I would never discourage anyone else from chasing theirs, as I was discouraged when I was younger.


So, have I always wanted to be a writer? Not exactly, I guess, but writing was my first love, and I’m pretty sure that it’s going to be my last. 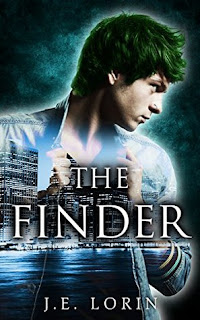 At the age of sixteen, August Goodson developed a strange and mysterious power overnight: he can find people. Victims of murder, suicide, kidnapping, accidents, and rape; August can find them all, usually dead, but sometimes still alive.

Nine years later finds August volunteering his services to the police. He's still smarting from the loss of his long-time love Dante, who cheated on him with his best friend, and harbors a deep crush on the incredibly handsome, and oh-so-straight, Detective Luke Williams. But there are bigger concerns on August's mind: a serial killer is loose in the city, one whose victims are a little too much like him for comfort.

When August finds a living victim who may be one of the serial killer's, he's drawn even deeper into the case. Will he make it out alive, or will he soon be the one in need of finding?

Help me.
My eyes popped open to a pitch black room. For a few seconds, I lay where I was, sprawled on my back in my own bed. I wasn’t sure yet whether the voice I’d heard was real or whether I’d dreamed it. The room was unusually silent. My tiny studio apartment was normally filled with the sounds of the downtown street below. Not now, though, so I figured it must be late. Even the drunks had gone to sleep. Everything was still, quiet; I convinced myself I must have been dreaming. Just as I closed my eyes, I heard it again.
Help me.
Groaning, I rolled onto my side. With one hand, I groped for my cellphone on the end table, knocking something off in the process. Whatever it was, I didn’t hear it break, so I shrugged it off. I’d figure it out later. My hand landed on the phone. I picked it up, pushing the button to light up the screen; it was only three-thirty in the morning. I groaned again. I really didn’t want to get out of bed but it had to be done; the voice wouldn’t go away on its own. I could ignore it, but that had never worked out. I refused to go through that again.
Grumbling, I clambered out of bed and snatched the jeans I’d shucked off only a couple of hours before. Being sort-of psychic can be a real pain in the ass. I never know when a voice is going to call to me. It could be like now, in the middle of the night. It could be while I’m at work, which means I have to have a flexible job. Or it could be during the middle of sex, which makes relationships difficult, especially since I don’t like to tell people about what I can do.


Having a psychic ability is also weird. It doesn’t always work and I have no idea of the full extent of it. Sometimes I can do something useful, like avert a crime or a death. Most times I just find dead bodies. I know it’s a turn off. Most people, I figure, don’t want to get with a guy who’s basically a cadaver dog. 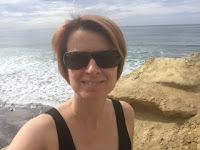 J.E. Lorin was born and raised in Michigan. After receiving a Bachelor’s degree in Germanic Studies from Indiana University, she lived in six different states before landing in the San Diego area, where she resides with her husband and their cat and dog. Her mission is to write interesting stories that just so happen to have a little sex in them. 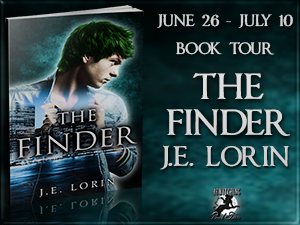